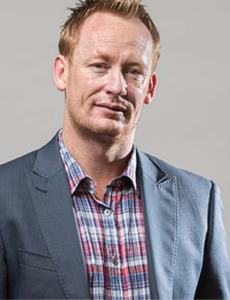 Cade Brown is a former first class cricketer and now a partner at Callida Consulting, one of Canberra’s largest consulting firms. Cade was previously captain of the ACT Comets and represented the PM’s XI against India where he top scored with 80. He was the captain of local side Weston Creek for over fifteen years where they won eleven premierships. In addition, Cade is the manager of a number of Wallabies players, international cricketers and footballers and is on a number of charity boards in and around Canberra.

Cade’s professional experience is largely around consulting to government on strategy, risk, change management and governance. He has a large number of Commonwealth clients where he works closely with the Senior Executives to help them on emerging projects and achievement of strategic objectives. He was previously at a big 4 firm and is a qualified CPA, has a Bachelor of Commerce and is a graduate of

the INSEAD executive school where he attended the Singapore campus. Cade’s large clients include the Australian Sports Commission, the ACT government, the Department of Agriculture and Water Resources and the ANAO.

Cade’s board experience is underpinned by his role with Lifeline ACT and now the Fly Program which is an organisation focused on early intervention for men with mental health issues. Cade has been on a

range of sub committees within those boards and has also performed strategic advisory roles for the ACT Brumbies, the North Melbourne Football Club and the GWS Giants.

Cade has been managing athletes for over ten years and has now developed a collection of athletes
who have represented Australia. Athletes that Cade currently manage include:

Cade is married to Sonia and has two kids, Archie who loves all sport and Alessandra who loves her ballet. He is a passionate fisherman and a proud North Melbourne supporter.

SearchPostsLoginCart
Summer Camp 2021 with PSP
A message from one of our partners: Support Our Troops
Fay shares peace and magic in Natasha’s Wood
Message from a Veteran’s spouse
!Thank you from the Invictus Games
News story about family living with PTS